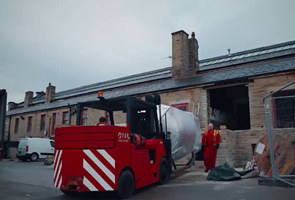 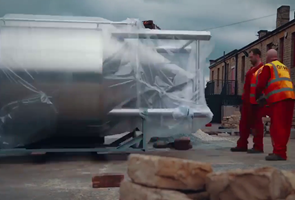 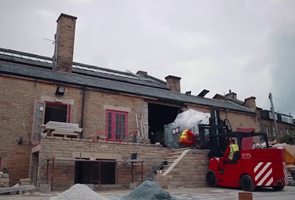 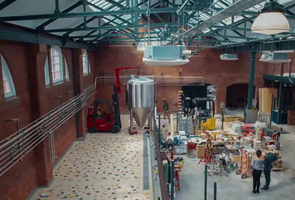 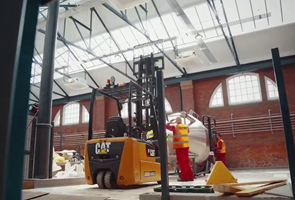 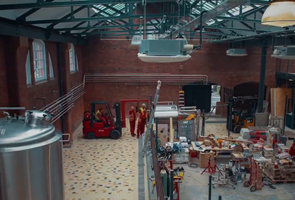 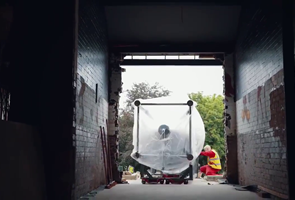 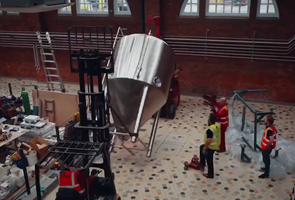 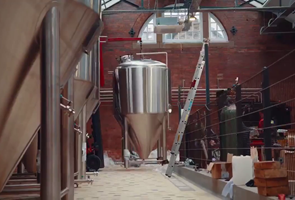 The Salt Beer Factory, based at World Heritage Site, Saltaire in the old Tramsheds has added a complete brewery to the already popular The Hop pub. TEP were contracted by the Brewery equipment supplier Stainless Steel Vessels Ltd to undertake the offload and ingress of the equipment.

TEP faced many challenges with this installation, mainly those associated with the age and design of the building, firstly the main access route was through a small opening in the wall that was itself above ground level and set behind a non-loadbearing footpath, requiring careful planning of delivery schedules and sequencing.

Numerous technical challenges were faced during the project, but all were overcome to successfully install the brewery in a timely and efficient manner to the client’s satisfaction, including:

Offloading the tanks from their transport involved expert communication between our technicians and the drivers. The equipment was transported inside shipping containers, delivered on the back of a flatbed truck. Upon its arrival at the brewery, the container was opened and two forklift trucks positioned at the rear of the vehicle carefully offloaded the tanks.

Once clear of their transport, each piece of equipment was carefully lifted to the elevated entrance of the brewery building. The transport of the tanks into the main building required expert manoeuvring of the fork lift trucks, being mindful to not damage either the equipment being transported, or the doorframe and structure of the building. Because of this, the frame around the main entrance had to be removed to allow the 4 metre high tanks to be wheeled horizontally through to the site of the main brewery.

The next step in this installation involved moving the equipment to the main brewery and moving the tanks upright. A complex arrangement of lifting equipment was required to hoist the tanks to their correct orientation. Due to the confined area of the tanks’ final location, the forklift trucks were unable to be used to move the equipment. As a result, the tanks were placed on skates after they were lifted upright, which allowed the tanks to be wheeled into their final position.

Video of the Installation

Request a Call Back

Leave your name and number and we will be in touch

Get Your Free Quote